The Tower of London is one of the UK’s top attractions. The imposing structure of the fortress, the wardens guarding it day and night and the menacing birds flying overhead all create an atmosphere that is hard to beat. The Tower was founded in 1066, making it nearly 1,000 years old, and many parts still standing today date back to centuries ago.

More than a few famous prisoners have been kept here. Anne Boleyn, the second wife of King Henry VIII and the woman who caused England to break away from the Roman Catholic church, is the most well-known. Thomas Moore, lawyer and Renaissance humanist, Samuel Pepys, famous diary writer, and Catherine Howard, fifth wife of King Henry VII, are just a small list of other Tower inmates. Prisoners were tortured here and beheadings were commonplace. Rudolf Hess was held here at the end of the WW2.

Today there’s no danger of you losing your head but when it comes to looking for things to see at the Tower of London there’s more to this historical building than meets the eye.

1. The Famous Ravens Have a Job to do

You’ll see at least six black ravens when you visit the Tower. While there are sometimes more, there’ll never be less than six. Legend has it that the ravens protect the Crown and the entire kingdom, and if ever the ravens go, the monarchy will end. With such a doom forecast, the birds’ wings are clipped as a precaution.

The first mention of captive ravens in relation to the Tower is in 1883, but ravens had a presence at the Tower from as early as Anne Boleyn’s imprisonment.

“Even the ravens of the Tower sat silent and immovable on the battlements and gazed eerily at the strange scene. A Queen about to die!” is how Anne Boleyn’s execution was described.

A more macabre scene is described at the execution of Lady Jane Grey who ruled England and Ireland. She was sentenced to death for treason in 1554. This time, the ravens were said to be “pecking the eyes from the severed head” of the dead queen.

The six ravens currently guarding the Tower will be much better behaved when you visit as they fulfill their serious responsibility. 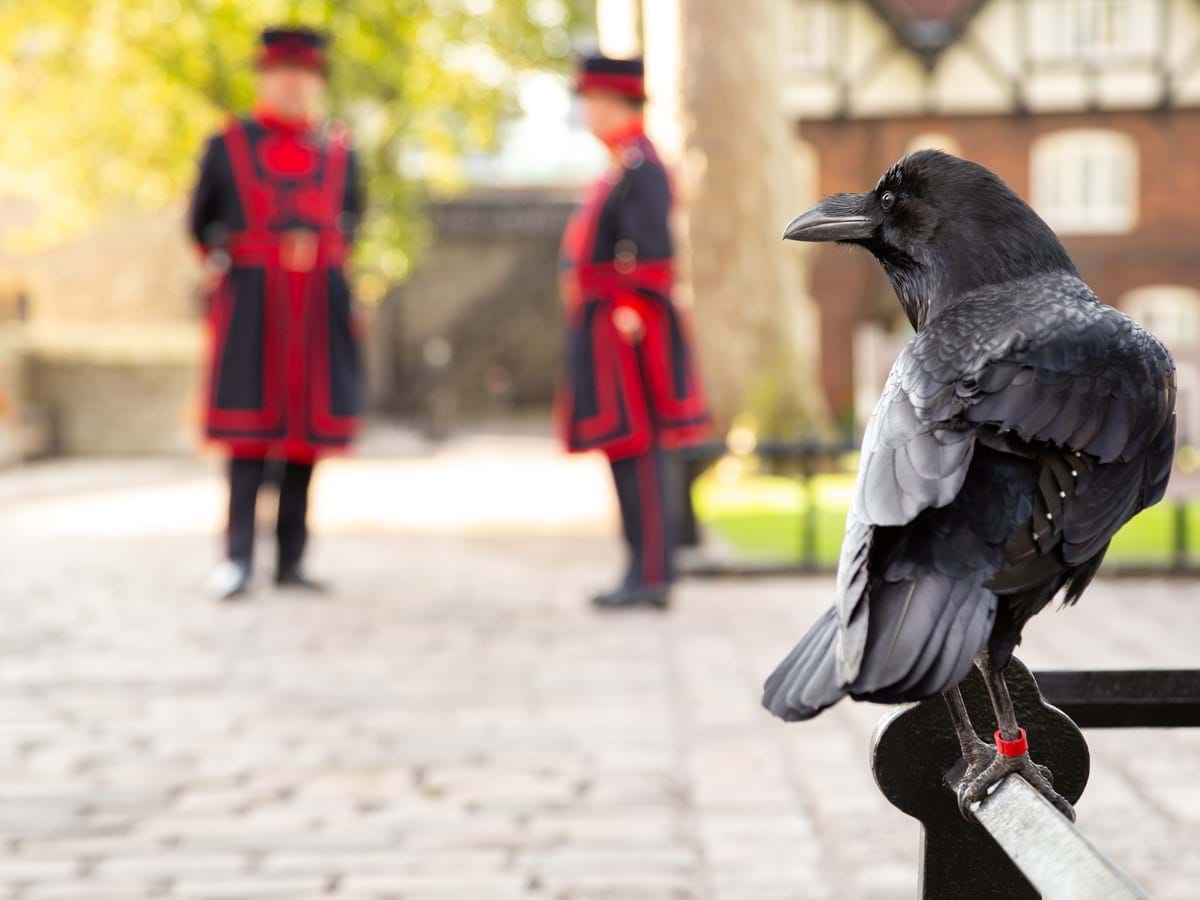 2. Let the Crown Jewels Dazzle You

More than 23,000 of the world’s most spellbinding gemstones, of both the precious and semi-precious variety, await you at the highly protected (an armed guard is in attendance at all times) and secure Jewel House.

It’s here that the Crown Jewels are kept, and admission to the Jewel House is included in your ticket.

Deeply symbolic of the Royal Monarchy, the tiaras and other jewels at the Tower represent centuries of history, dating from 1660 onwards. 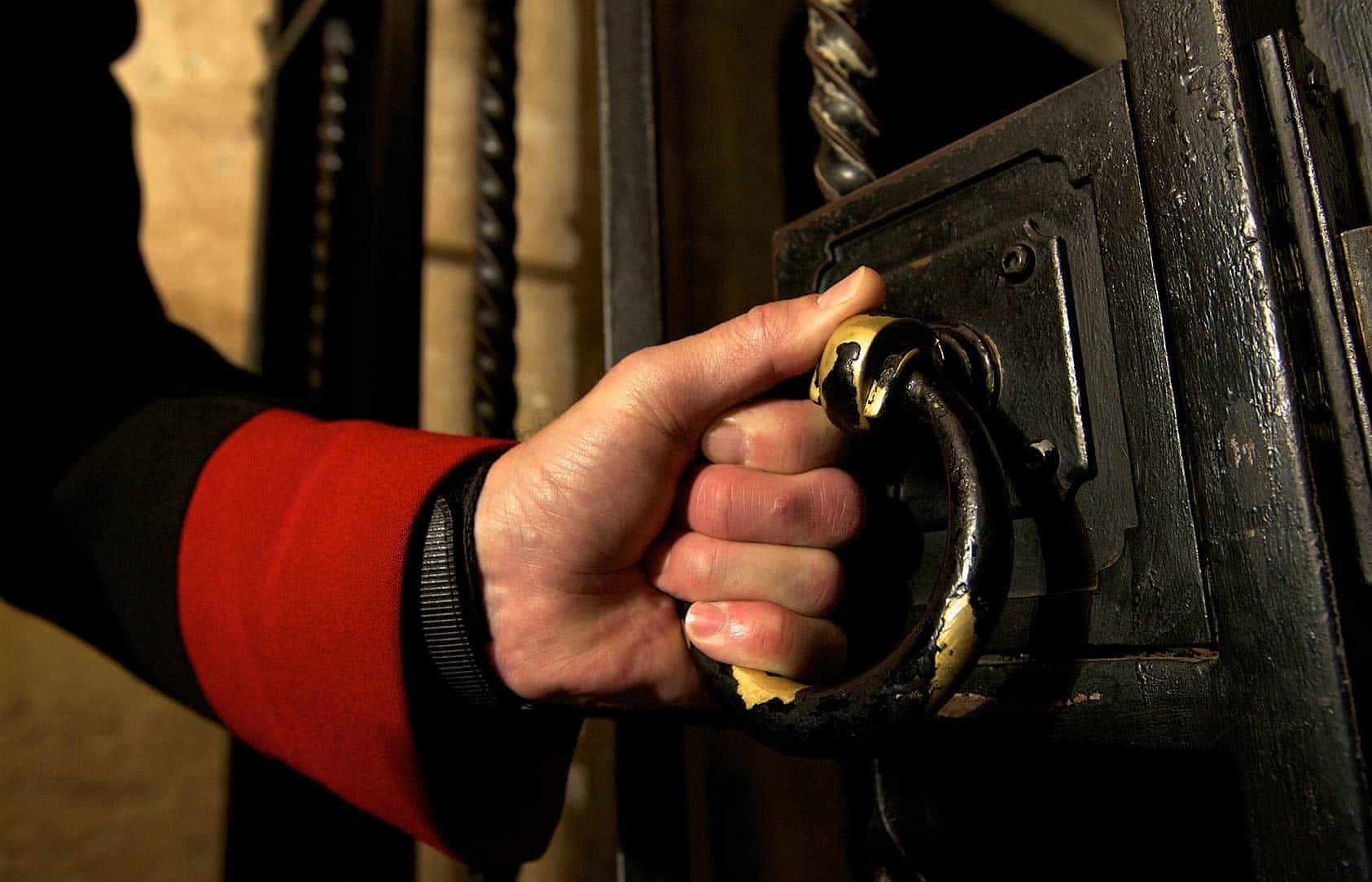 Beefeaters is the more popular name for the Yeoman Warders of Her Majesty’s Royal Palace and Fortress the Tower of London. That’s quite a mouthful, but there’s no doubt that these guards are seriously impressive.

It’s an honor to be one of the 37 guards who look after the Tower of London. To be a Beefeater, guards must have served in the army for at least 22 years and have attained the rank of warrant officer.

Historians believe that the Beefeaters got their name from the practice of having part of their salary paid in chunks of beef. This payment took place up to the 1800s and the name has stuck forever more.

You’ll see the Beefeaters in various parts of the Tower, but there’s also a dedicated Yeoman Warder Tour (included in the ticket price) if you’d like to know more about these esteemed guards. 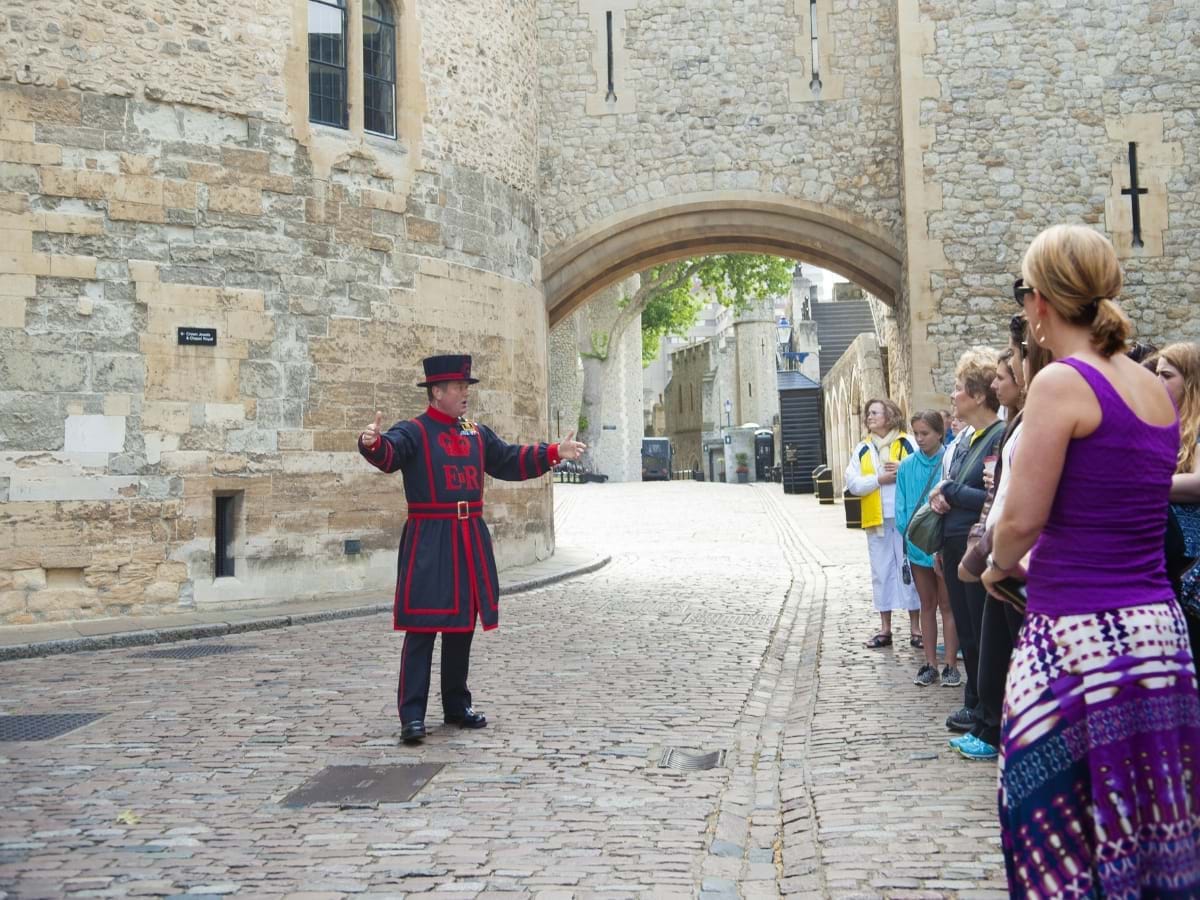 The White Tower was built in the 11th century (making it nearly 1,000 years old) and is regarded as the most important building in the whole complex.

Its original purpose was to house military equipment and horses. Today, the building is the site of an impressive armory exhibit. Adults and children alike often find themselves amazed at the swords and other weapons on display. Henry VIII’s royal armor is of particular interest due to the below waist section which protected the crown jewels of the man with 6 wives.

There are also weapons collected here which have been gathered from all corners of the British Empire, including Maori knives and Indian battle headdresses. 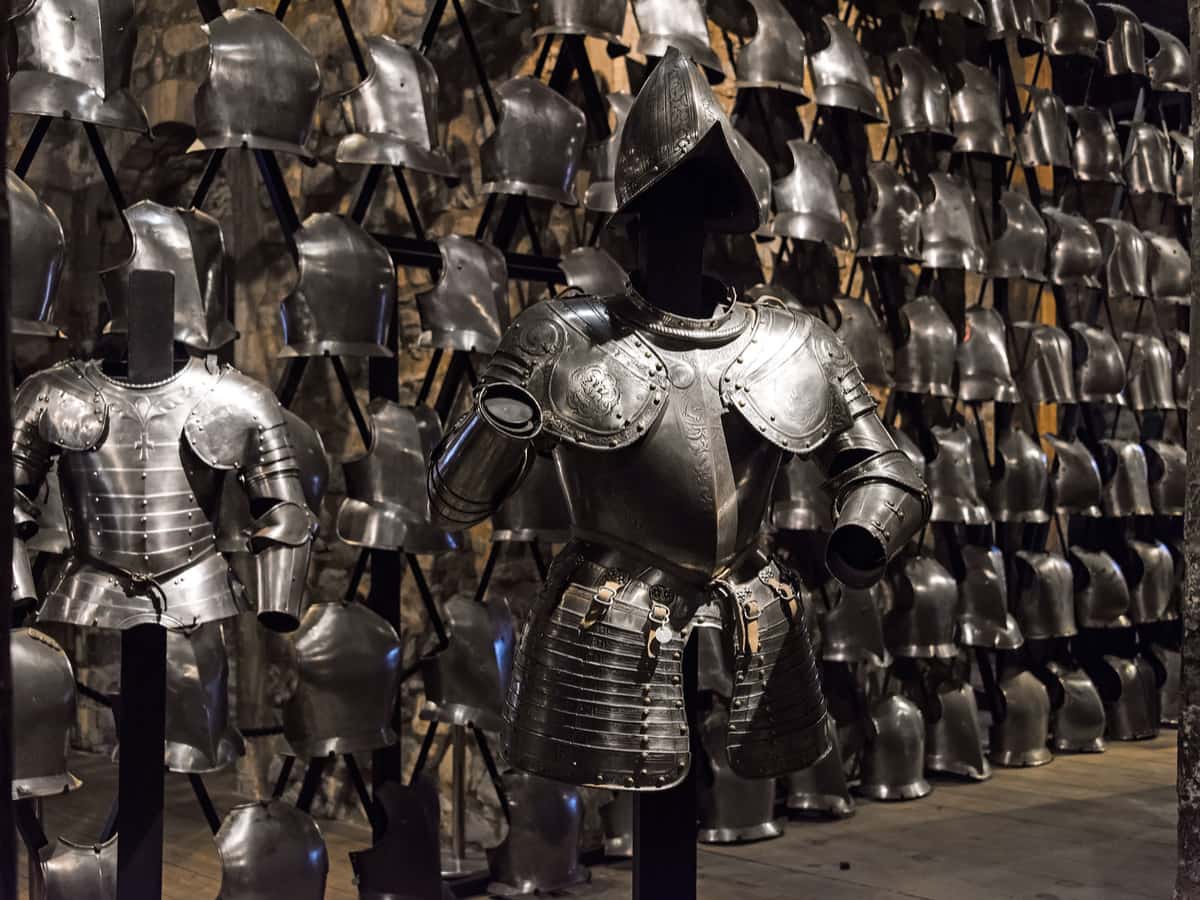 The menacingly named Traitor’s Gate, beneath the St. Thomas Tower in the grounds was built in the 1270s. Originally, it was called Water Gate, as it was a watergate that helped lift water to a cistern on the roof of the White Tower.

The gate started being used for the torture of prisoners accused of treason in the 16th century, and today it still sends a chill up the spine in a building with so many ghosts. 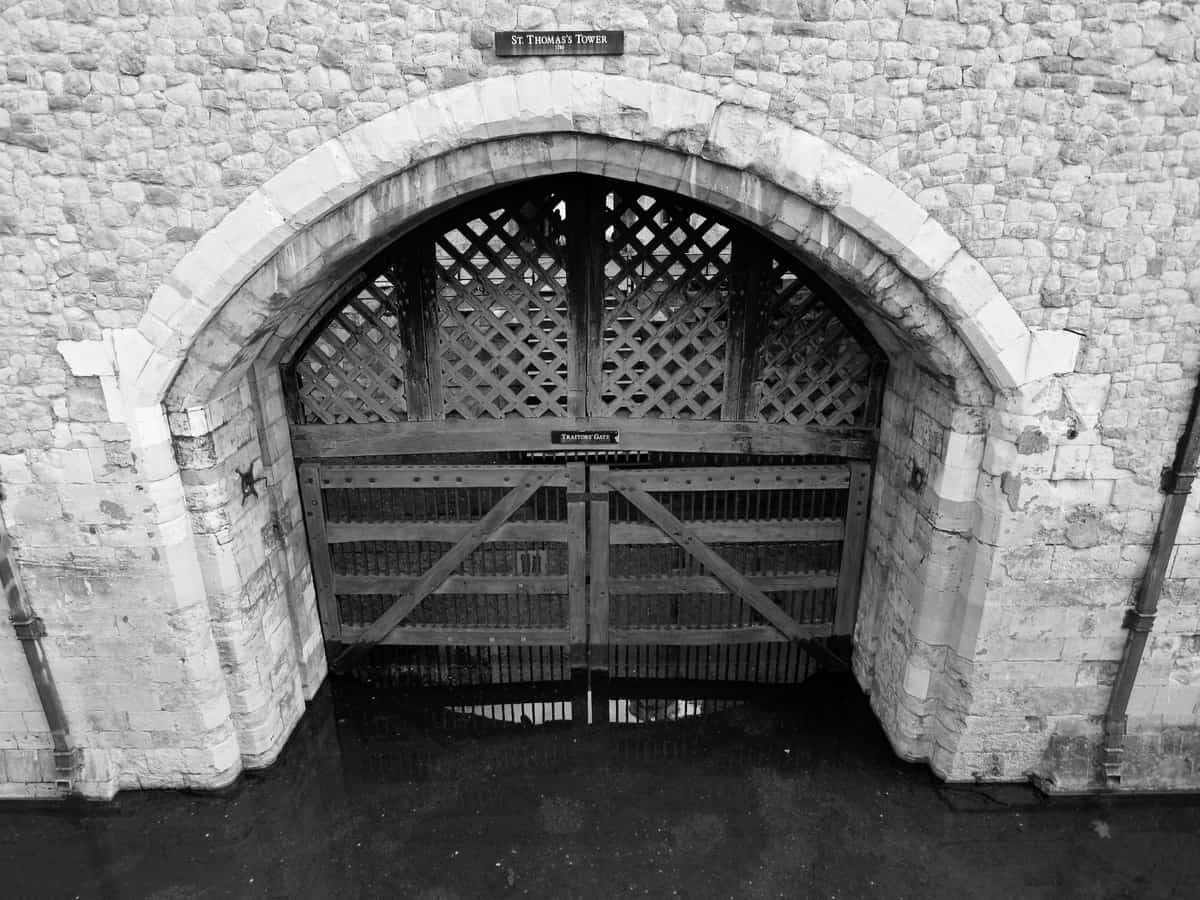 The Tower started out as a fortress, built to enhance London’s safety. In fact, it is still considered to be a working fortress and has been used for different purposes during peacetime and war.

As you step through the gate of the fortress with its thick metal bars, you’ll get a sense of just how heavily guarded this garrison was. Lifesize metal models of soldiers and their weapons bring to life some of the many battles fought at this very spot.

If you are looking for more interesting things to do in the UK, check out our range of tours from London.

5 Things to Do on The Amalfi Coast

Best Places to Eat in Rome 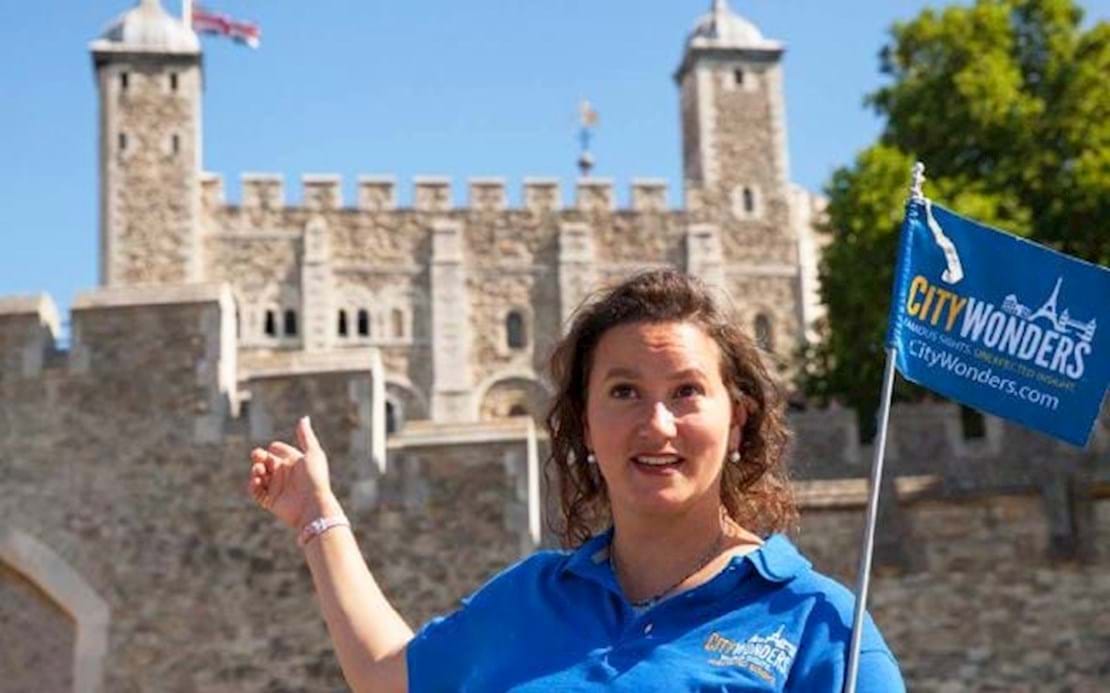 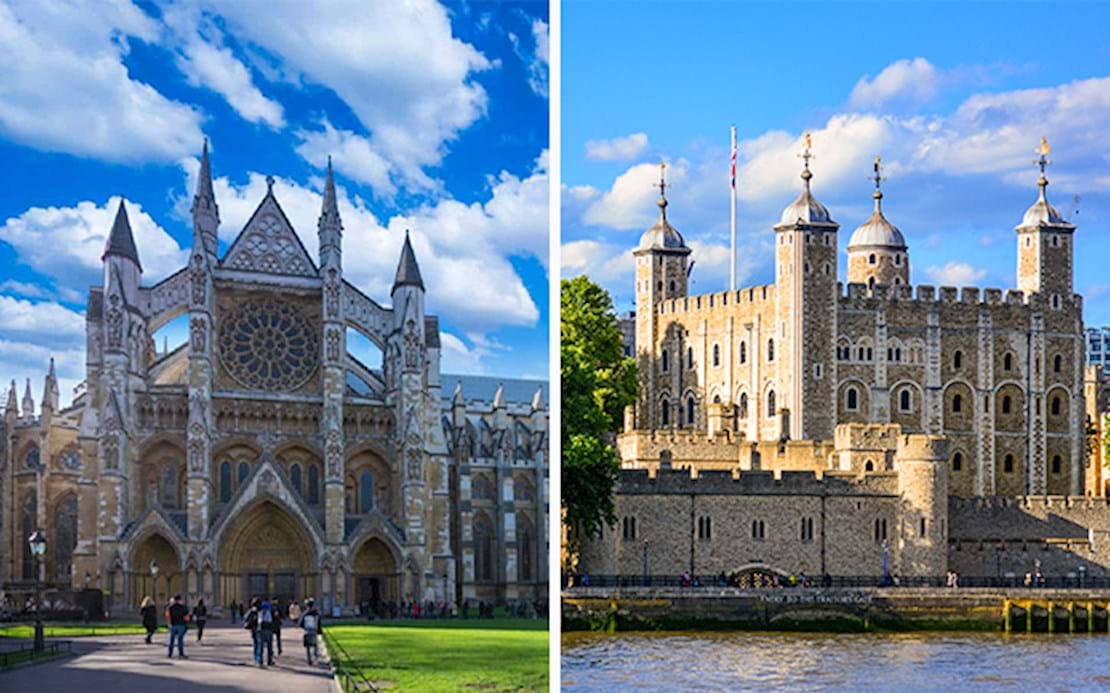