Discover the Underside of Paris

Beneath the sun-soaked streets and stunning architecture lies a darker side to Paris. Descend deep below Paris’ Metro lines and into a parallel city, a city that over 6 million skeletons call home on a tour of the Paris Catacombs. Stretching across an area of 200 miles of former quarry and made up of an intricate series of tunnels, this macabre site is one of the most fascinating places you’ll visit during your stay in Paris.

One of Paris' Most Popular Must-See Attractions

Explore the City of Light’s darker side on our Paris Catacombs tour.  Lurking below the city’s romantic tree-lined boulevards, public gardens, and cafés, this mysterious sight has become one of Paris’ unmissable tourist attractions.

Make the most of your precious vacation time on our Paris Catacombs tour. With Skip-the-Line Access you’ll be whisked straight passed the long lines waiting outside and marveling at Paris’ dark, yet alluring, underbelly within minutes.

In the company of an expert, English-speaking guide and in a small group of either 19 or 6 people*, you’ll embark on your journey into Paris’ underworld. With your guide’s help you’ll navigate your way 65 feet below street level, below Metro lines and sewers and into the Catacombs.

As you cross-over into the city’s dark side, you’ll be greeted by the words “Arrête! C’est ici l’empire de la mort”, or "Stop! Here lies the empire of death". This inscription is a fitting warning for the eerie sights that lie within.  Explore tunnels and macabre galleries decorated entirely with skulls and bones on your journey through Paris’ colorful past. Watch as these spine-chilling remains are brought back to life before your eyes, as your expert guide recants the tales of a Paris gone-by and a dark past time wishes we forgot.

Our tours benefit from the privilege of special access to parts of the Paris catacombs that are closed to the general public. Gates to two halls will be opened especially for you to marvel at the devastatingly captivating sculptures chiseled out of the rock in the Port Mahon Gallery, where a quarry worker spent five years in secret toil from 1777, until a cave-in crushed him to death.

Other restricted areas you’ll visit on your tour include the Quarryman's footbath, the Sacellum Crypt or altar, where bones were blessed before being "archived," the Sepulchral Lamp, which constantly burned to show there was enough air in the tunnels, and the elusive Gilbert's Tomb.

Get ready to "rub bones" with the likes of Rabelais and Robespierre on this intimate voyage into a Paris’ dark underbelly, a voyage that few have experienced. 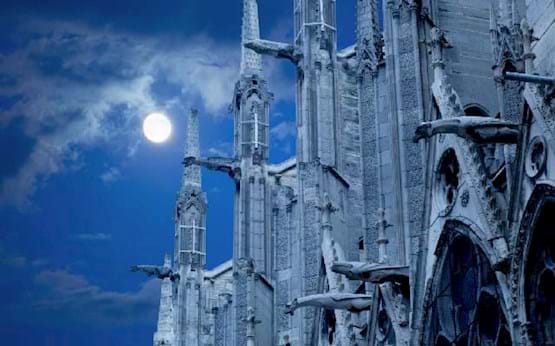 Ghosts, Legends and Mysteries – An Eerie Evening Tour in Paris