The Best Documentaries about Vatican City

For many, a trip to Rome is simply not complete without venturing inside Vatican City. This independent city-state is ‘the smallest country in the world’, and tops a lot of bucket lists. Followers of the Catholic faith see a visit to the Vatican as a pilgrimage, and millions of other people visit too - for the history, the art, the architecture. The best Vatican tours will show you everything it has to offer, from the famous Sistine Chapel ceiling to the crypts that lie underground. And before you go, you might be interested in learning about Vatican City and the secrets within the city walls. To that end, City Wonders have compiled a list of some amazing documentaries about this fascinating place… 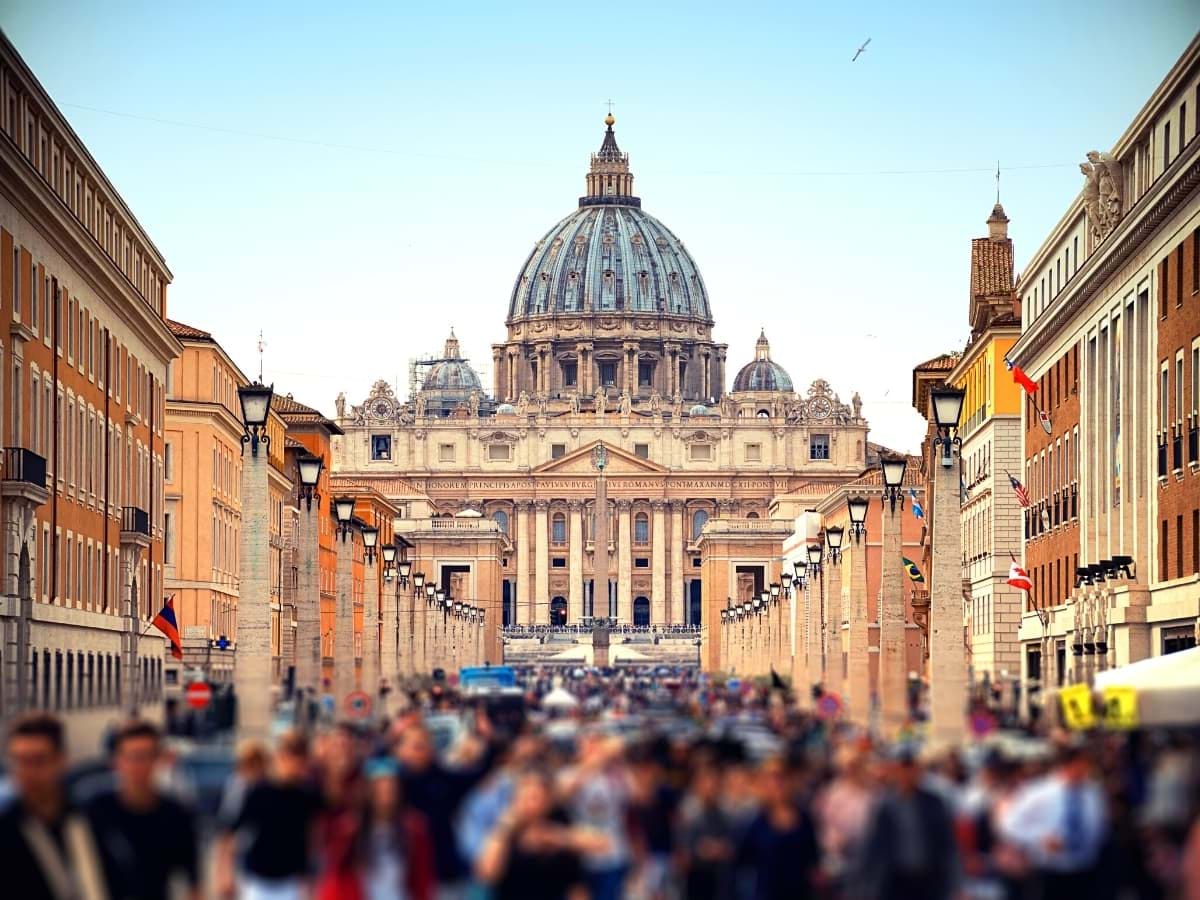 Shown on the BBC in 2019, Inside the Vatican is a two-part series sharing a unique look inside Vatican City. It follows the lives of real people who live and work inside the city; in episode one you’ll see a tour of the papal palace, with Archbishop Paul Gallagher, as well as preparations leading up to Easter Sunday at the Vatican. The episode allows you to witness Sistine Chapel Choir rehearsals, and see how security works for a Mass that is set to be attended by 80,000 people. You also get an insight into the personal lives of choristers, guards and other staff. This episode shows footage of Pope Francis’ visit to a prison, too. Episode two talks more about Pope Francis and his appointment as head of the Catholic Church. On top of this, it delves into the delicate subject of sexual abuse within the church, with psychologist Fr Hans Zollner. It looks at various scandals of this nature, and how change is being made. This documentary comes well-reviewed by people within the Catholic faith, and makes for enjoyable watching.

Secrets of the Vatican 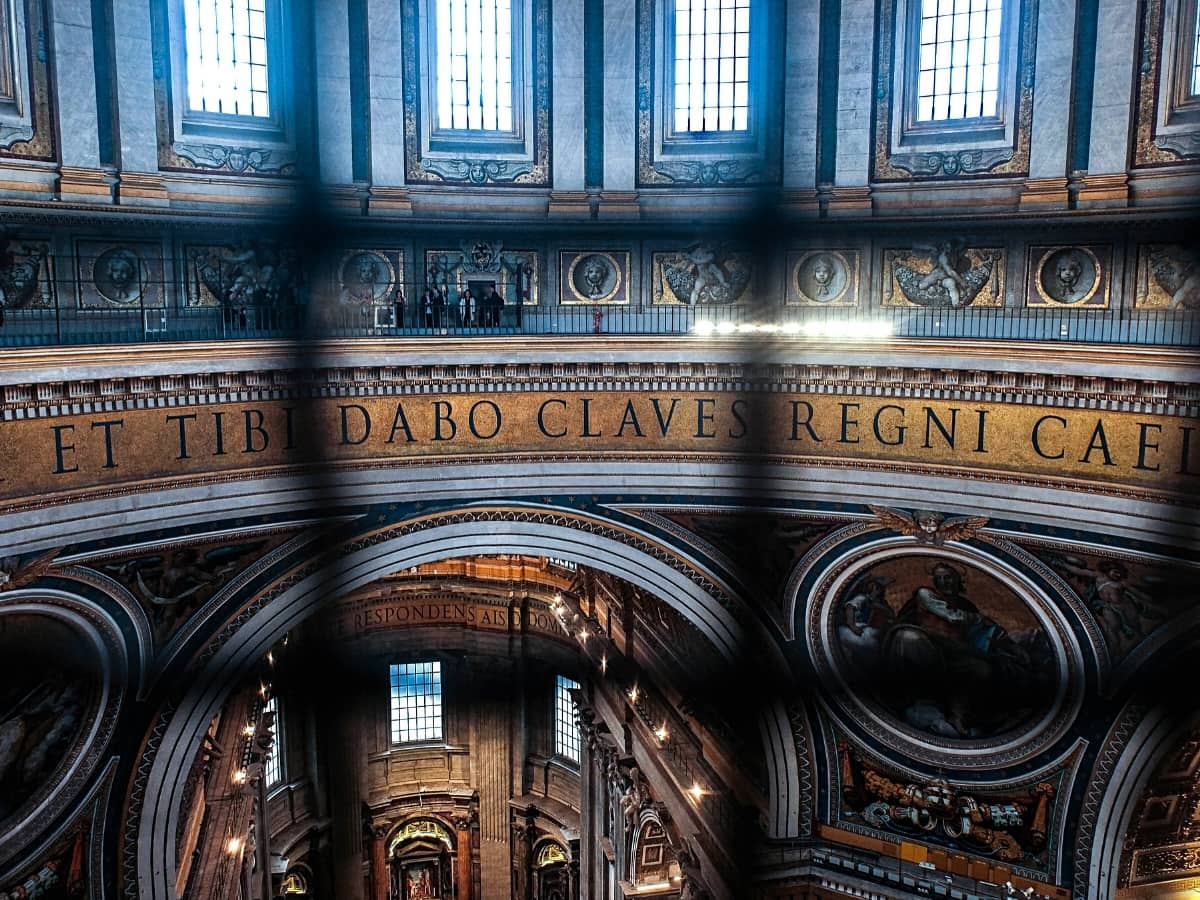 A Frontline documentary, Secrets of the Vatican shows more of the darker side of Catholicism. It is an inside look at how the Benedict papacy collapsed through corruption and scandal. The 1 hour 24 minute documentary, which first aired in 2014, looks at the events that led to Pope Benedict stepping down voluntarily. He was the first pope to do so in six hundred years, and this film heads inside Vatican City to find out why he did so. Interviews with cardinals, police, priests, whistle-blowers and more make for fascinating footage. They discuss the scandals and events that led to the shock resignation, and the documentary then goes on to explore how Pope Francis is trying to turn things around for the Vatican. Again, this one gets fairly good reviews!

If you want to see some of the areas of Vatican City featured in these documentaries, the best Vatican tours will take you there. Tours like the City Wonders Private Vatican Museums & Sistine Chapel Tour take you inside this tiny city with your very own tour guide who can cater the 2.5 hours to ensure you get to see exactly what you want to see. If you want to see the Vatican at arguably its most beautiful, opt for the City Wonders Special Evening Visit: Vatican Museums & Sistine Chapel Tour. You’ll head inside as the sun is setting, when there are much fewer visitors and the buildings are glowing gold around every corner. City Wonders have an exclusive Official Vatican Partnership, meaning you never have to queue to get into this wonderful experience. You’ll always have an expert local guide with you, too, to answer any questions you might have - especially after watching these brilliant Vatican documentaries.

The Vatican: An Inside Look - “Upon this Rock” 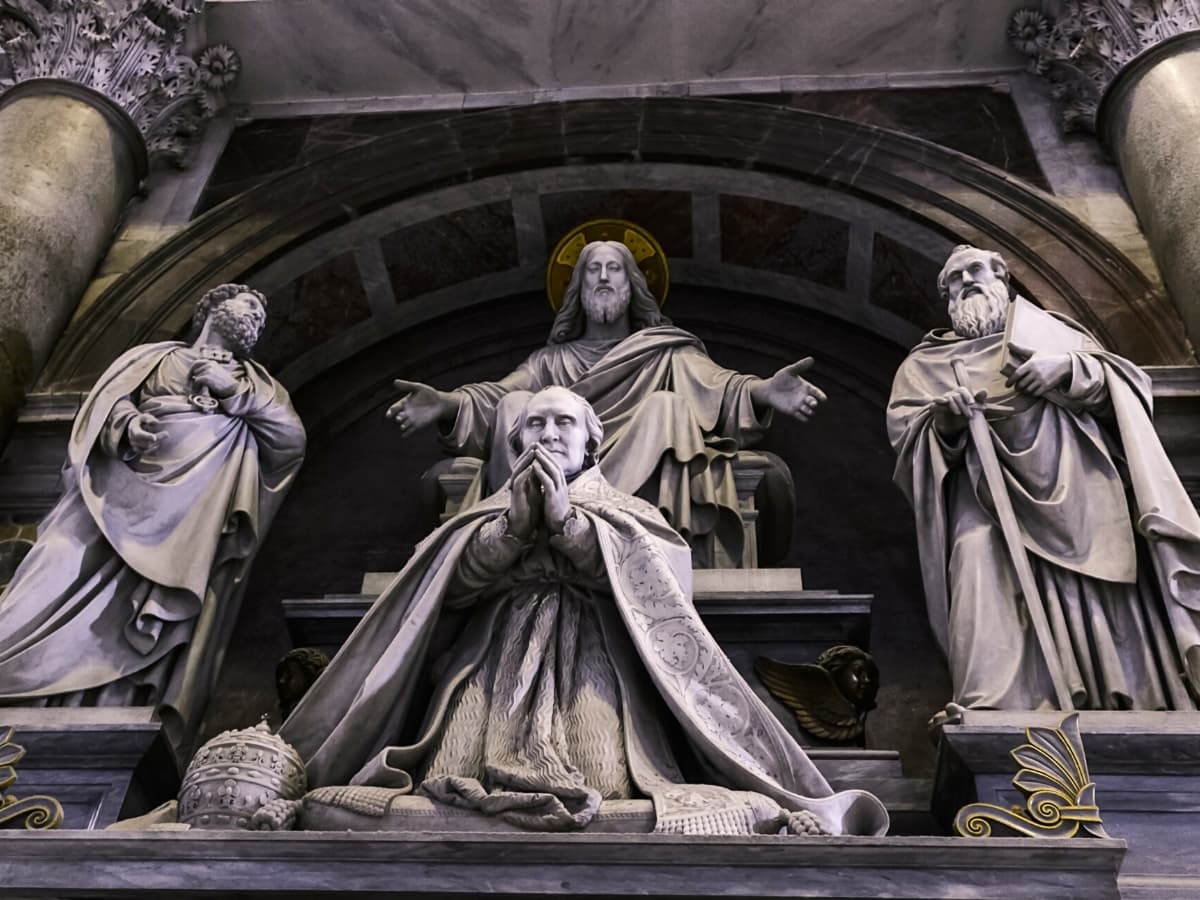 Originally broadcast in 1999 and available on YouTube, this WRAL documentary heads inside the Vatican at the time of Pope John Paul II. Watching it now feels almost nostalgic to viewers. This documentary was the first time ever that a high definition camera was taken inside Vatican City, and it aimed to show the beauty of the heart of the Catholic Church to those who were unable to visit themselves. As such, it includes some incredible shots of the amazing Sistine Chapel ceiling! It also interviews visitors, who talk candidly about their impressions of the Vatican. While it doesn’t delve particularly deep into any church secrets, it is still good viewing if you want to see Vatican City on screen before your trip to Italy.

Pope Francis: A Man of His Word 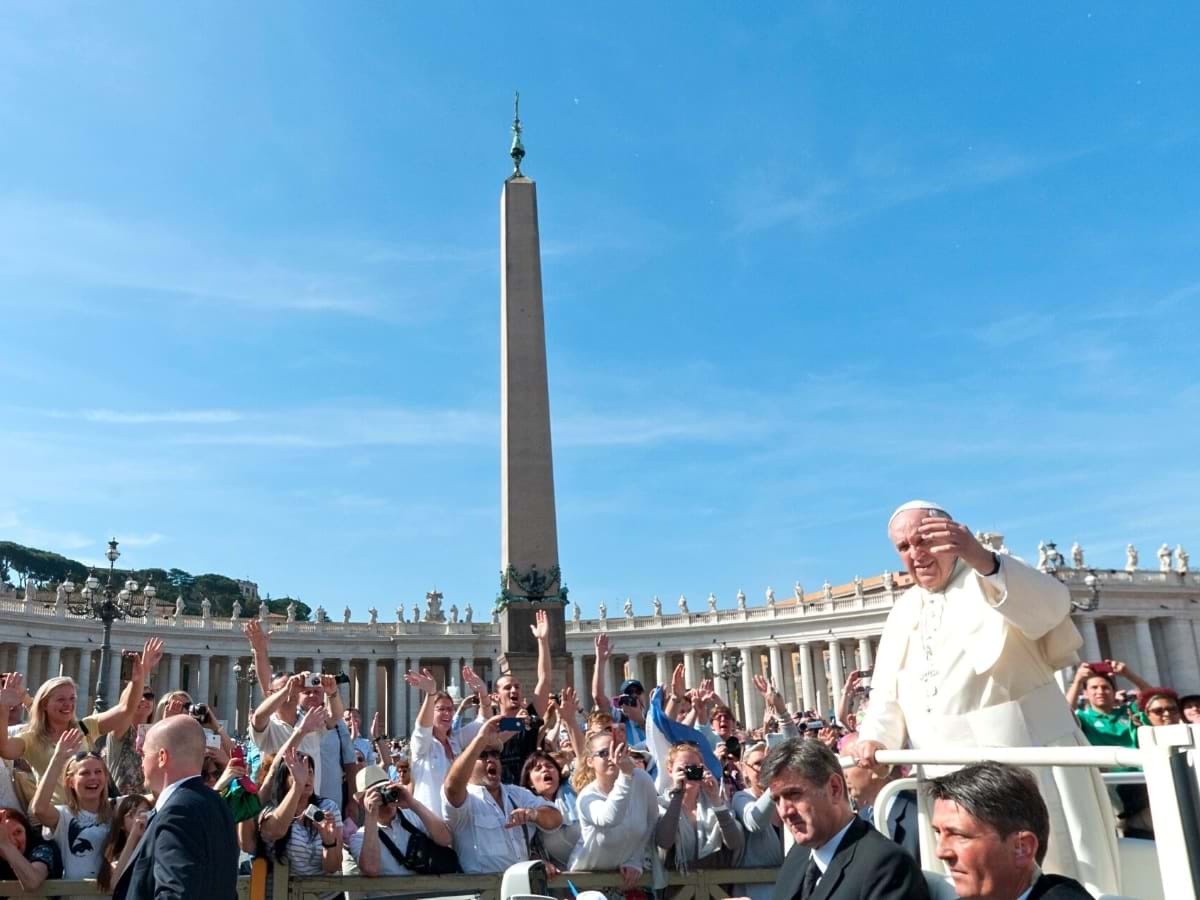 Rather than being a documentary that solely focuses on Vatican City, this one is more about the current pope himself. Released in 2018 and produced by Wim Wenders, the documentary looks at the life and goals of Pope Francis. Described as being like “a non-denominational sermon, under the cinematic care of an artist first, Pope Francis fanboy second" by critic Nick Allen, it still comes recommended by many as a great insight into the life of the current pope. It also features plenty of footage from the Vatican archives, interviews with Francis himself, and shots of Assisi.

The best Vatican tours show you a different side to the city - and there are plenty of them. For example, the City Wonders St. Peter’s Basilica with Dome Climb & Papal Crypts tour takes you up high for city views, and down deep to see the crypts that lie below the buildings. It is a chance to see Vatican City from a whole new angle, and you’re free to explore the Vatican Museums afterward. And for those wanting to see somewhere many people don’t get to see, consider the City Wonders Private Extended Vatican Museums, Sistine Chapel, & St. Peter’s Basilica Tour with Special Access Areas. Along with the classic areas of Vatican City, you’ll get to see the Bramante Staircase - usually closed to the public!

It is no surprise that there are so many great Vatican documentaries available. This is somewhere that fascinates scholars, skeptics, historians and Catholics alike - there are so many stories and secrets hidden here, and the best Vatican tours give you the chance to explore it.

Everything You Need to Know About Visiting Murano and Burano

The Best Things to do in Key West 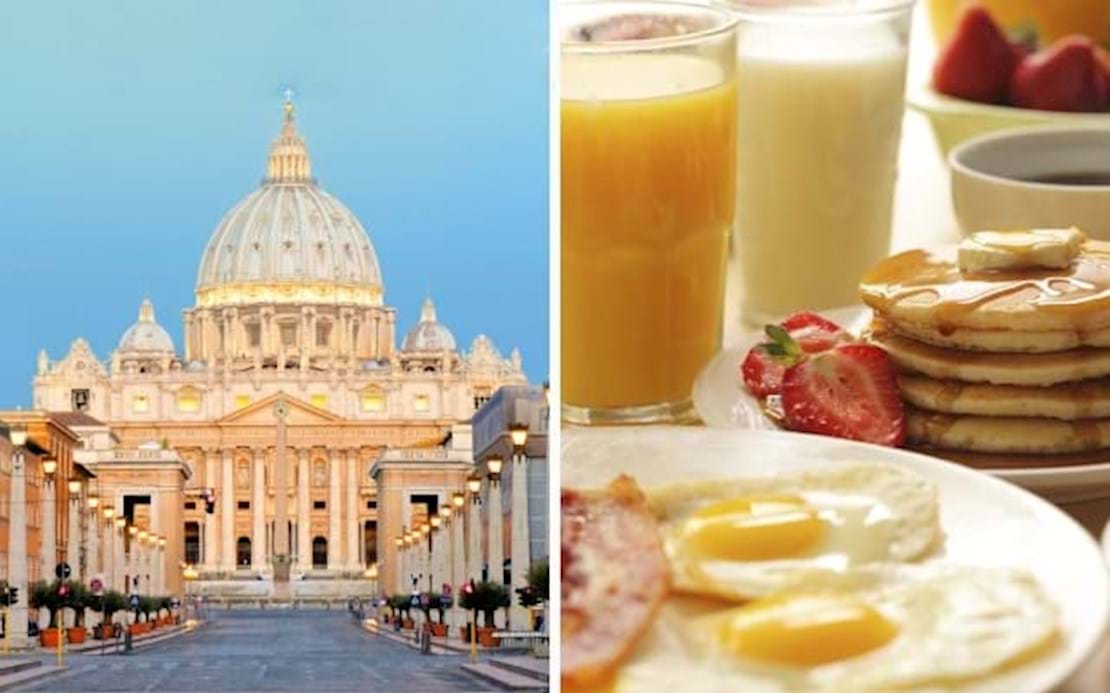 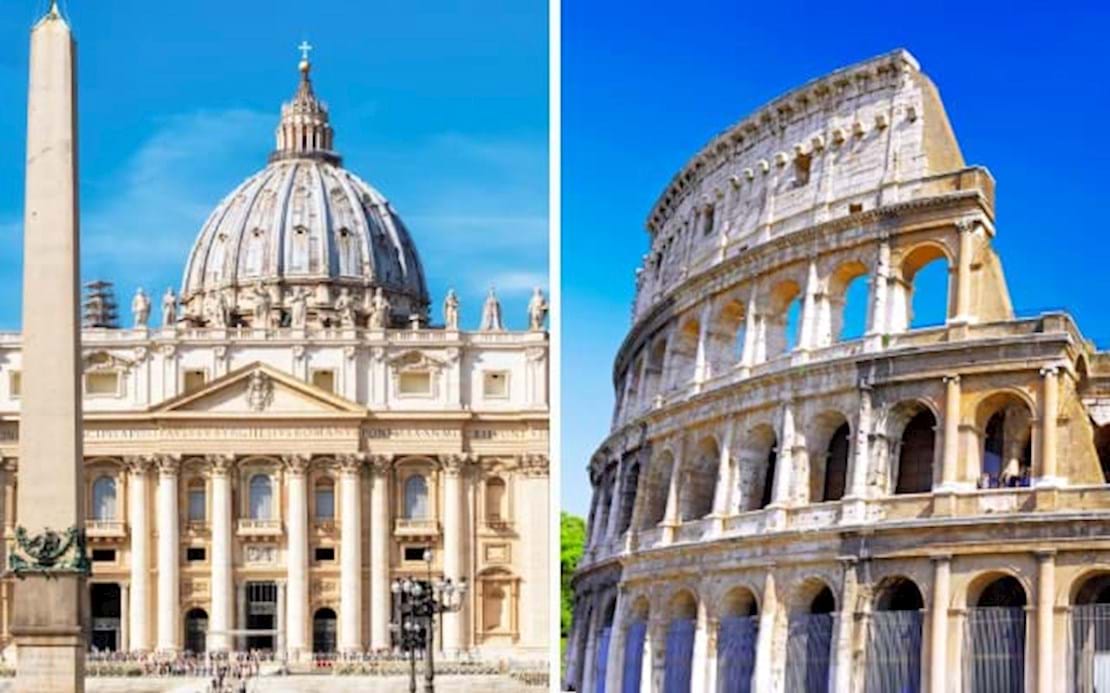