Where to see Leonardo Da Vinci in 2019

This year, Europe is united in celebrating the 500-year anniversary of Leonardo Da Vinci's death in 1519. One of his lesser-known characteristics as a Renaissance man was that he was well traveled. Born at a time when nation states were developing in Europe, Leonardo's fame is such that he is also considered one of the first European citizens of the world. He moved around a lot and his works are now dispersed around the world.

As a result, he has a universal appeal. Children want to try out his flying machines and adults view his masterly combination of the classical traditions, scientific experimentation, and varied interests in everything from botany to painting as something to aspire to.

If you are in Europe this year, you should take the chance to check out one of the many displays of his work that are happening. Below are just a fraction of the Leonardo exhibitions which are taking place in Europe. 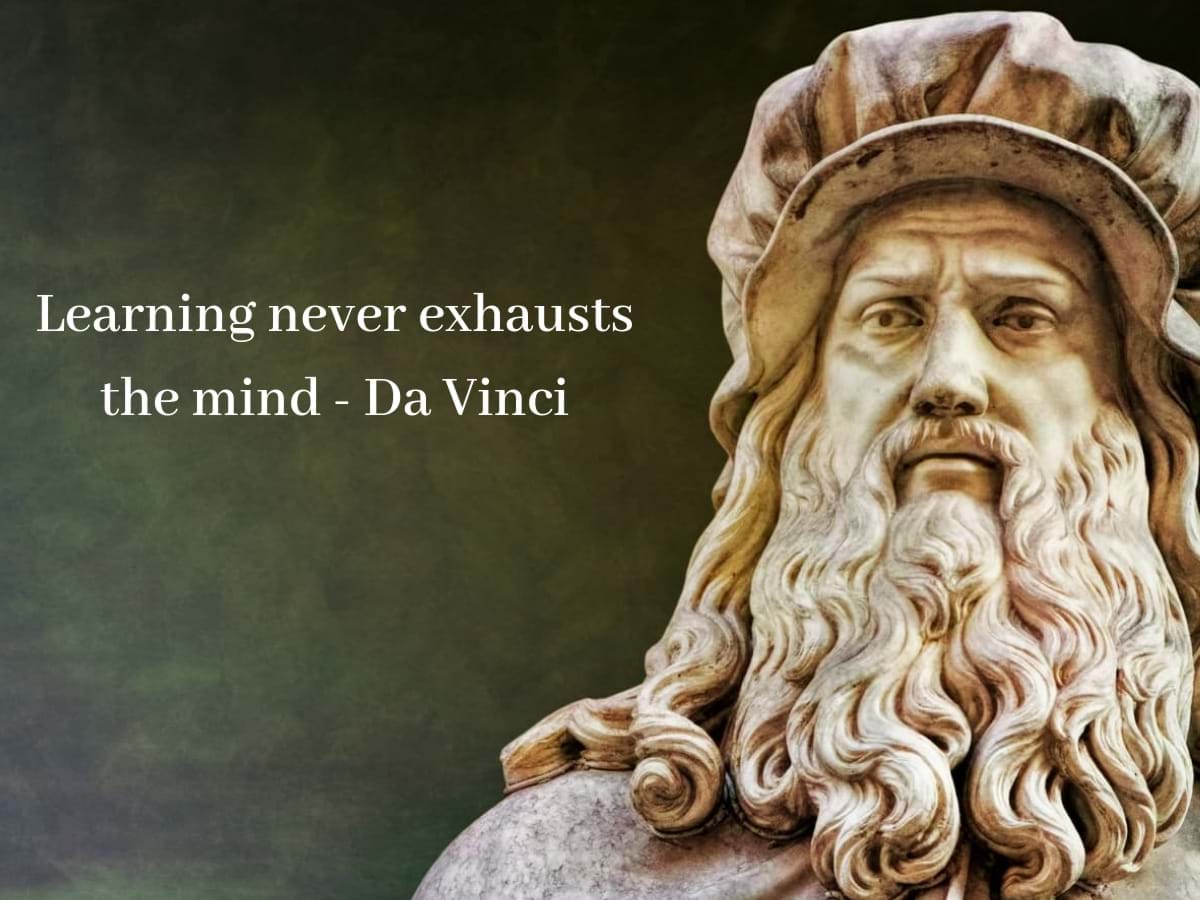 For a city that Leonardo never actually visited, Paris contains quite a lot of his art. The Mona Lisa has her own room in the Louvre and the museum now owns a third of his paintings.

In here you can also see the luminous skin of the "Virgin of the Rocks" which is a perfect example of Da Vinci's "sfumato" technique. There is also “La Belle Ferronnière”, which is still shrouded in mystery, the “Saint John the Baptist,” which inspired Raphael in how it used shadows and the unusual seating positions of the "Virgin and Child with Saint Anne.” The museum is planning on bringing more of Da Vinci's paintings to Hall Napoleon later in the Fall. Their plan is to add drawings and sculptures to create a broader exhibition which will include the findings from recent conservation works. Though not confirmed yet, there are rumors that the "Salvator Mundi" may arrive for the exhibition. Costing 450 million, this is the most expensive Da Vinci painting in the world. 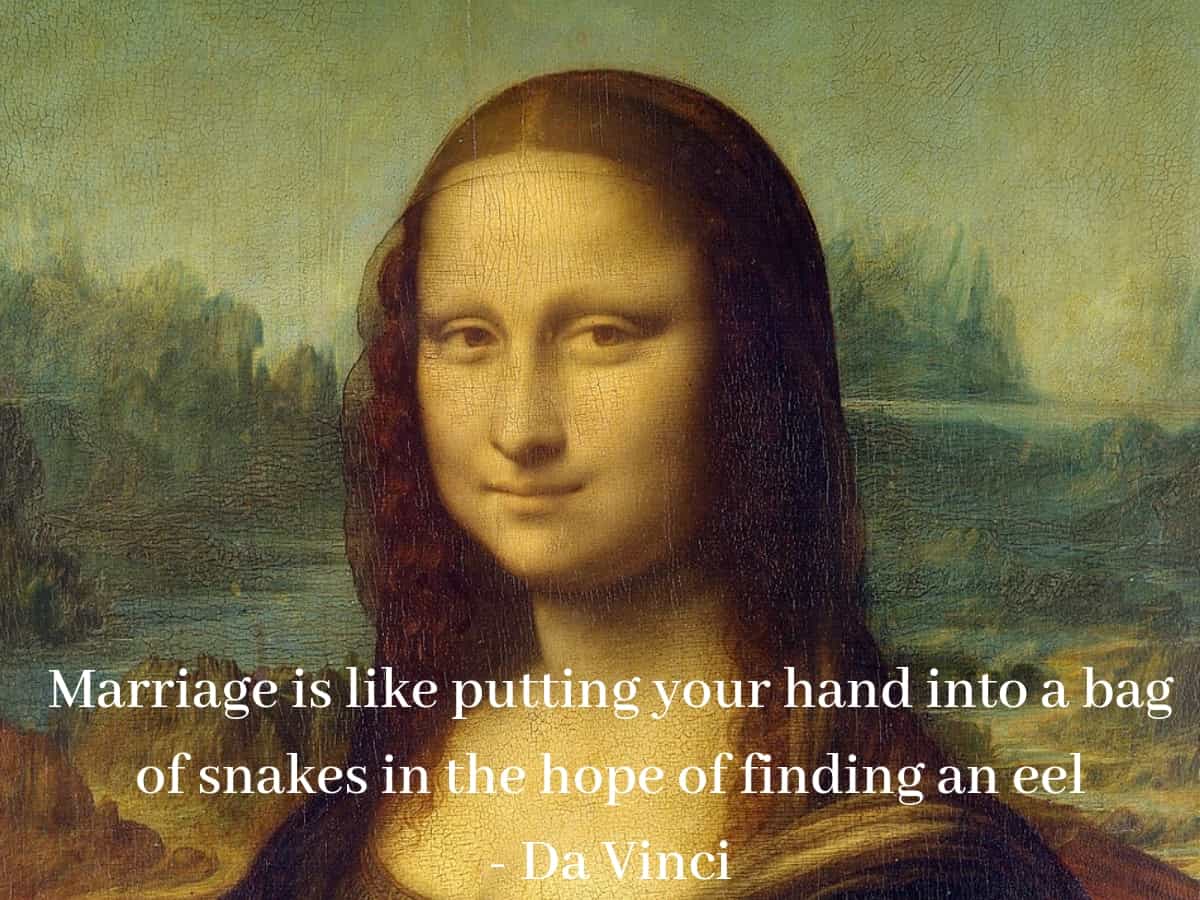 Da Vinci did live in France from 1516 to 1519 and he worked on the Mona Lisa here. He spent the last 3 years of his life as the First Painter, Engineer and Architect to King François I which was a pretty sweet gig for an artist that depended on patronage. He actually died in the Loire Valley. During his time there, Leonardo helped design the astonishing Chateau de Chambord with its manicured grounds, detailed exterior carvings, and the famous double helix staircase.

Leonardo in the UK

The work of the Italian Renaissance genius can be seen in London this year. The British establishment has built up a sizeable collection of Da Vinci material ever since he died. From June to September, The British Library will combine Leonardo's scientific notes from the Codex Arundel, the Codex Foster and the Codex Leicester which has not been seen in the country since Bill Gates purchased it.

Written with his mysterious mirror writing it portrays Da Vinci not as a scientific prodigy but as someone who thought long and hard about simple things which the rest of us take for granted - waves, bubbles, river flow, wind, light, and shadows. The exhibition will concentrate on how those studies informed his paintings.

Luckily for residents of the UK, the Queen owns one of the greatest collection of Da Vinci drawings in the world. Charles I acquired them from a friend of Leonardo's and they have been held in the UK ever since. Leonardo: A Life in Drawing will be on show in the Queen's Gallery in Buckingham Palace from May to October this year.

With nearly 200 of Leonardo's drawings on everything from architecture to the mechanics of the human body, this will be the largest Leonardo exhibition in the UK for over 50 years. It will demonstrate how Leonardo used drawings to tease out the unknown laws which he believed were part of the natural world. 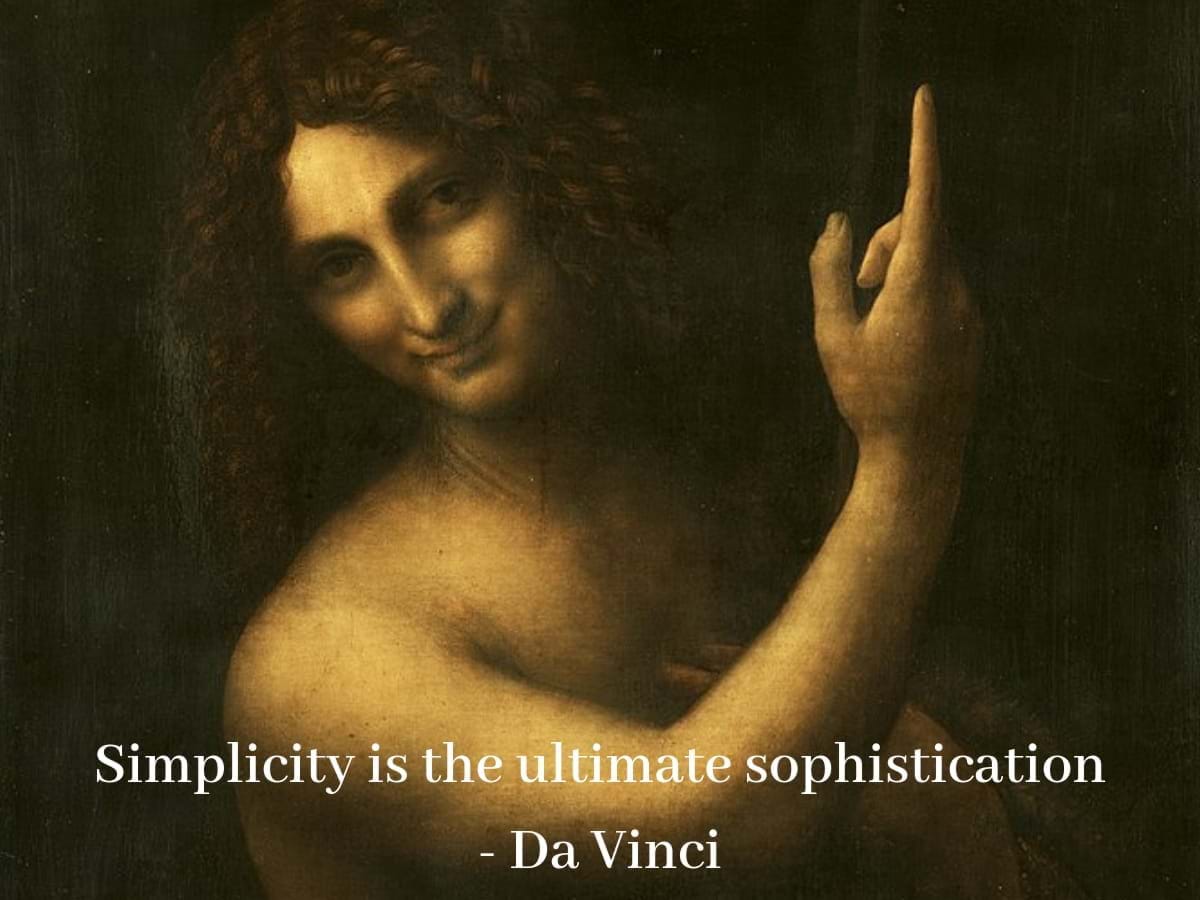 Most of us know Leonardo as a visionary genius. As a teenager he was an apprentice to the artist Verrochio from 1466 to 1476 in Florence. You will definitely see something of him in the Renaissance City this year. Locals say that he was even involved in fitting the copper ball on top of the Florence Duomo and although there is no evidence of this he was certainly in the city at the time. He did make sketches of the Duomo in his notebooks.

The Uffizi Gallery is where you can see his work in Florence. In the Leonardo room, you can see the "Annunciation" where he used his love of nature to paint an angel with bird wings holding a lily which is the symbol of Florence.

You can also see the "Baptism of Christ" which is the painting that Leonardo helped Verrocchio with. Verrochio hung up his brushes after that. The vibrant colors which the young Leonardo produced using the new method of oil painting left Verrocchio vowing never to paint again. Also here is the "Adoration of the Magi" which is an unfinished work from his later years. This year the Uffizi Gallery will also exhibit the Codex Leicester.

Elsewhere in the Renaissance city, the Palazzo Vecchio is hosting the exhibition "Leonardo da Vinci in Florence" until June in an attempt to make the most of their connections with the artist. In this case, there will be 12 sheets from the Codex Atlanticus which is on loan from Milan's Biblioteca Ambrosiana. The sheets are signed by Leonardo and they all reference Florence.

The Leonard Da Vinci Museum in Florence focuses on Leonardo's technical machines and gadgets, rather than his art and writings. Here you will see his inventions reproduced and puzzles recreated. It is an interactive museum and young people love it after all the art they have to look at on walls. Some of the models can actually be used although we doubt that the tank or the underwater diving apparatus fit that class.

Leonardo worked for 17 years in Milan from 1482 to 1499. Along with helping design the canal system, he left behind his masterpiece, "The Last Supper" which our guides can take you to see in the monastery of Santa Maria delle Grazie.

The Ambrosiana Museum is one of our favorite museums in Milan. The three-tier reading room is a librarians fantasy - all ancient shelves and books bound in leather. It contains the largest set of Leonardo's notes in the world - the 12 volume Codex Atlanticus. With 1119 pages, there is more than enough of Leonardo's material to run multiple exhibitions up until 2020, which is what they intend to do. For those who cannot make it to Milan, you can browse through each of the sheets here.

Although Leonardo moved to Rome in 1513, he is more associated with other cities. However, in the Eternal City this year there are plenty of places to feed your Leonardo obsession.

The Scuderie Quirinale will have a major exhibition running until June 30th. It will use 10 of his original technical drawings to explore how his technological and scientific work influenced others and created the "myth of Leonardo". You'll see his drawings of flying machines, his notes about the use of perspective, and his plans for an ideal city.

The Leonardo Da Vinci Museum will go further and display 50 inventions reproduced according to Leonardo’s drawings. These will be presented using a number of different immersive ways - through mechanical models, holograms, projections, and audio.

For the first time in Italy and to the delight of those who cannot make it around the rest of Europe, there will be full-scale reproductions of every one of Leonardo's paintings on display. Despite being copies, they were hand-painted with the original materials used by the Da Vinci so they meet the standards of the Italian Ministry of Cultural Heritage and Tourism and are masterpieces in their own way.

Those who visit the Vatican have always been able to see the painting of "St Jerome" in the Pinecoteca Museum which is the only Da Vinci painting in the region. To celebrate the anniversary, the painting will be moved to the colonnade space in St Peters Square so it can be seen for free until June 22.

When Milan was invaded by the French in 1499 Leonardo spent some time in the Floating City so it is no surprise that you will find Da Vinci on display here. From April to July 14, the Gallerie dell Accademia will present "Man is the Model of the World".

This exhibition focuses on the work he did while in Venice. It will showcase over 70 of Leonardo's works including 25 of his autographs and studies for the famous "Battle of Anghiari". The highlight of the Museum is the rarely exhibited Vitruvian Man ink drawing which has been in Venice since 1822.

The Da Vinci Museum in Venice is set in a beautiful church tucked away from tourist traffic in the Dorsoduro area. This is another one of these interactive gems which are aimed at kids and adults alike. Inside you will get practical hands-on experience of Da Vinci's inventions which have only ever been imagined in Leonardo's sketches. 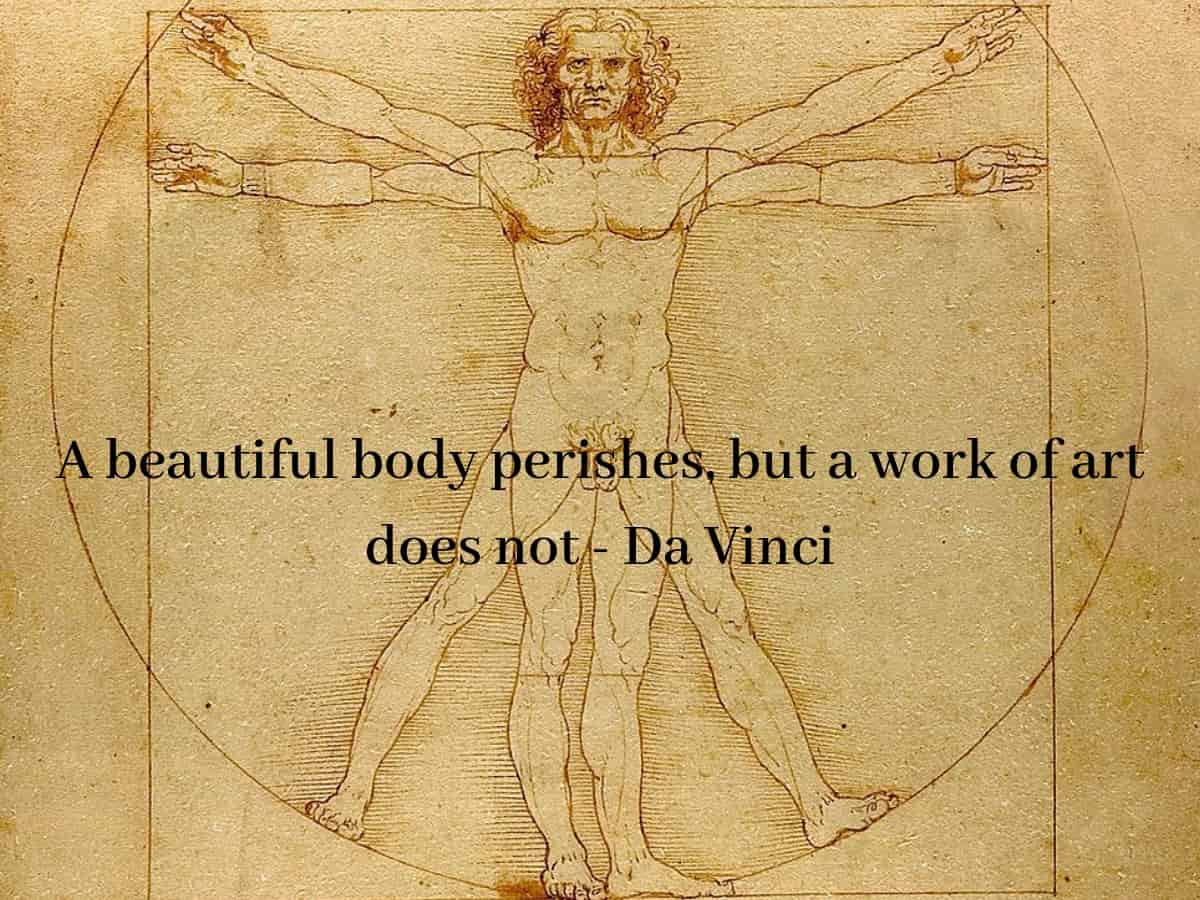 Wherever you go this year, make sure to check out what is on in your locale. You never know where Leonardo might appear.

Giving Back to Notre Dame

Catacombs of Rome: The Darker Side of Rome 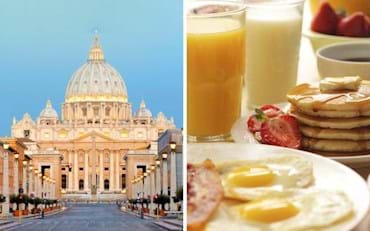 VIP Breakfast at the Vatican with Tour of the Museums, Sistine Chapel, and St. Peter’s Basilica 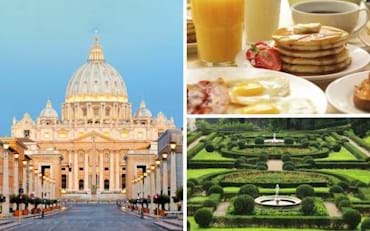