Because everyone loves a spot of shopping, don’t they? With Galleria Vittorio Emanuele II, you get a little bit more than that with its 160 years of history and success, cementing itself as one of the world’s oldest shopping malls. With that in mind, we’re chatting about the ins and outs of the Galleria, and what you’ll find there in today’s post. 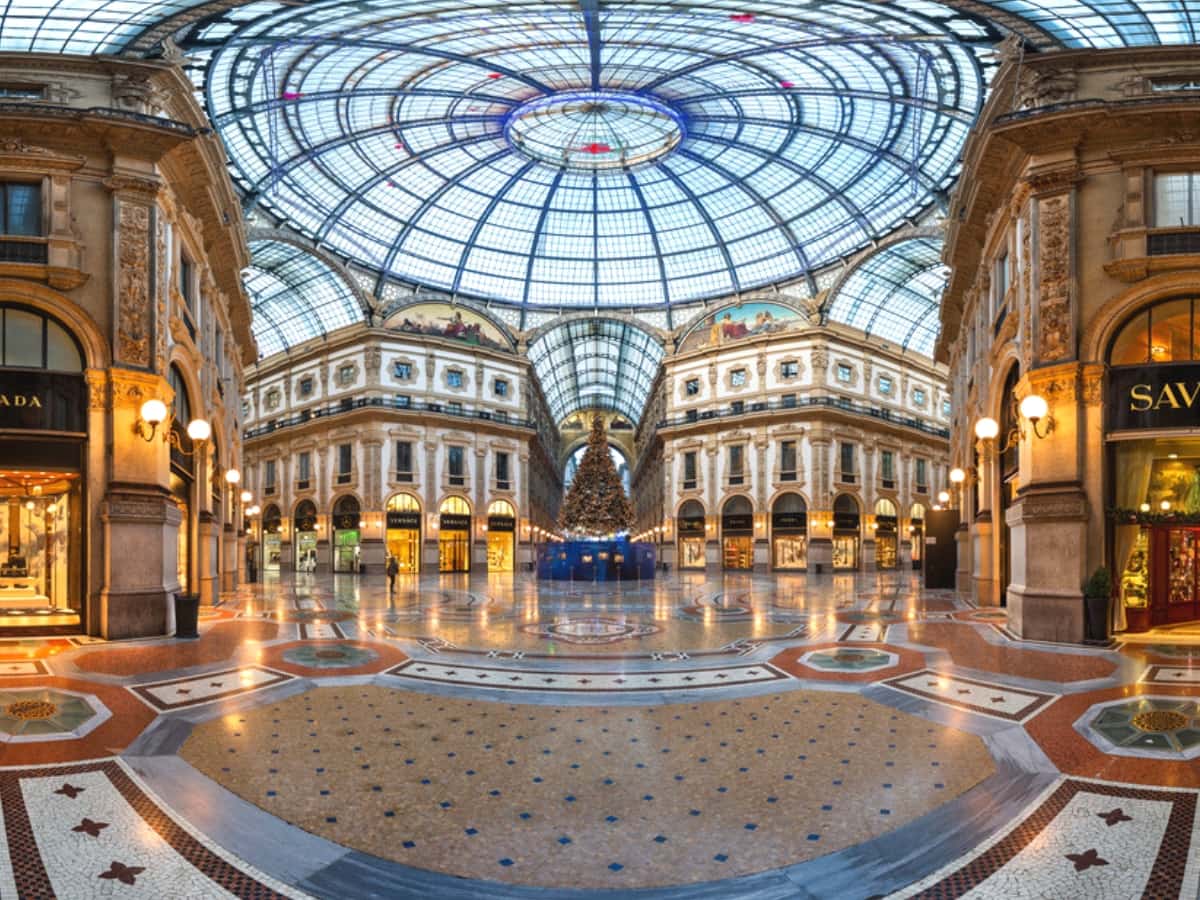 Galleria Vittorio Emanuele II Italy’s oldest active shopping mall and also one of Milan’s most major landmarks. It presents a four-storey double arcade and can easily be found in the center of the city. Located only steps away from Milan’s famed Duomo, it sits between Piazza del Duomo and Piazza della Scala. It showcases a unique octagonal shape, along with vaulted glass, wrought iron arcades, and an incredible domed glass ceiling. The mosaic floor tile designs represent different cities in Italy: the wolf symbolizes Rome, the bull is a representation of Torino, the lily is indicative of Florence, and the flag stands for Milan itself. Another fun fact: the symbols in each part of the floor symbolize the numerous capitals of the kingdom of Italy.

The Galleria Vittorio Emanuele II was built between 1865 and 1877 by talented architect, Giuseppe Mengoni. It was created as part of an unban project with the aim of modernizing Milan after the liberation of the city in 1859. It was named after Victor Emmanuel II, who was the first king of the kingdom of Italy. Galleria Vittorio Emanuele II was the starting point of the modern shopping mall era. Nowadays, the Galleria is considered a living symbol of Italian unity, as it was built during the time of Italian unification. It has quite the intriguing nickname - il Salotto di Milano – meaning “the drawing/living room of Milan”, as it was a common meeting point for the Milanese bourgeoisie. Seen as one of the world’s oldest shopping malls, it’s definitely worth a quick visit! 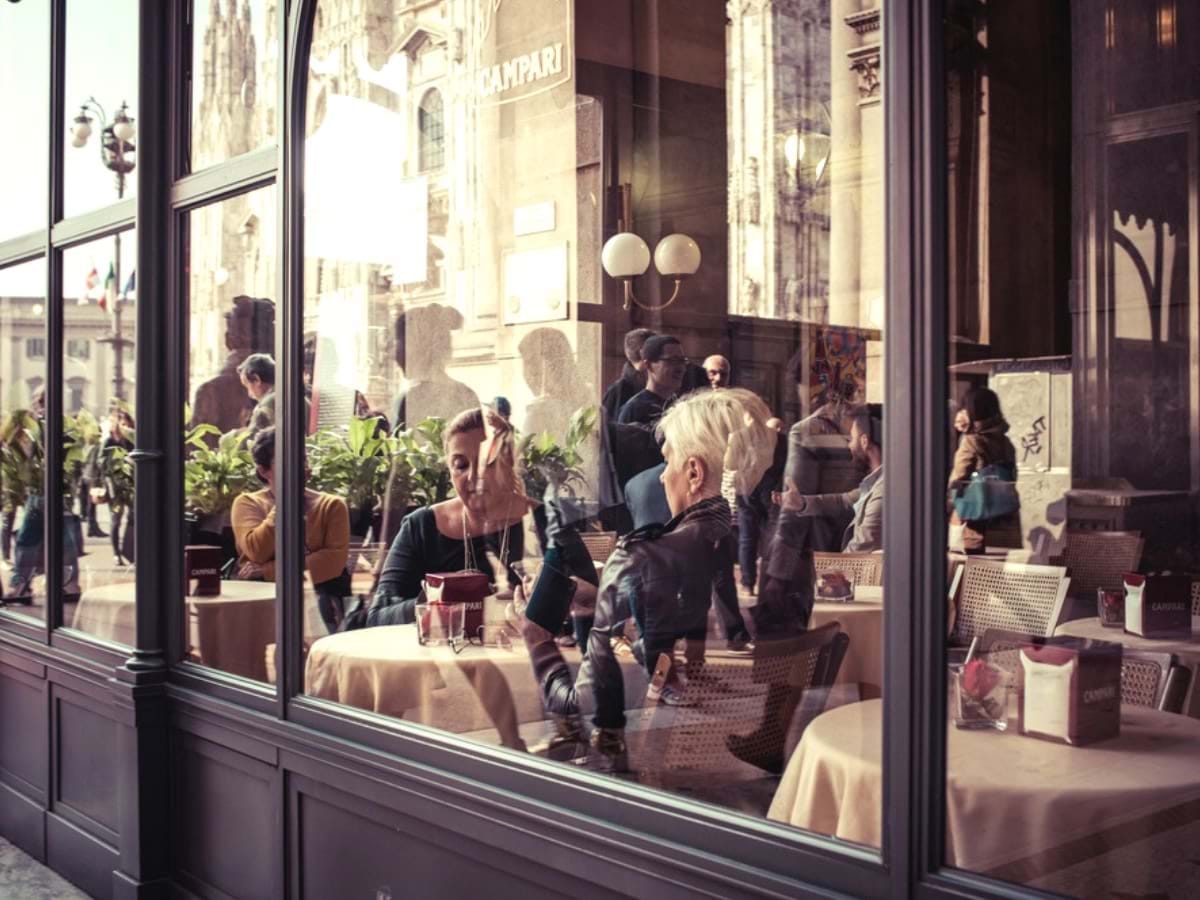 Within the shopping mall, you’ll find a wide selection of luxurious stores, cafés, restaurants and more. Café Restorante Biffi can be found in the south wing, and is named after Paolo Biffi, a pastry chef of the Monarch in the 19th century. One of the very first Prada stores is present in the Galleria, which opened in 1913 when the business began. Despite being renovated in the year 2000, the store still contains most of its original furnishings. There’s many more designer stores where that came from – Versace, Louis Vuitton, Gucci, Armani, Borsalino and Luisa Spagnoli, just to name a few! You’ll also see beautiful frescoes and arches throughout, which you can admire as you pass through. Some have gone as far to say that they were so taken with the beauty of the building itself that they forgot about the shops. In all honesty, we can’t say we blame them! And don’t forget the mall’s tradition – grinding your heel three times on a specific part of the bull mosaic. Because there’s no such thing as too much good luck, are we right?

Travelling to Milan? Check out our range of Milan tours!

A Guide to Art Attractions in Milan 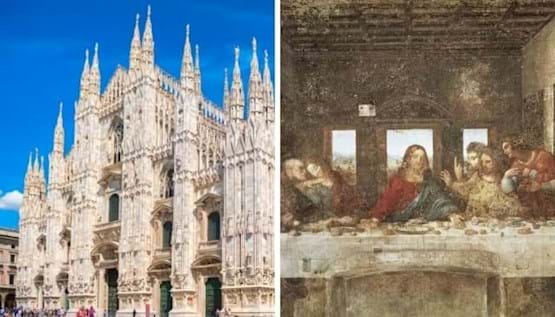 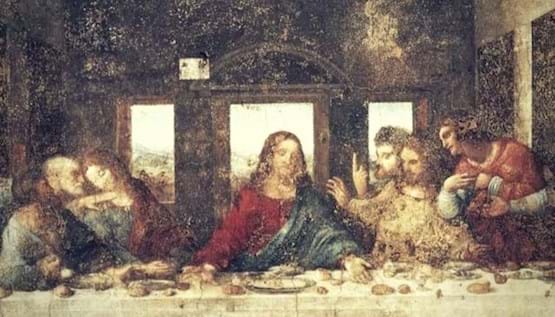 Likely To Sell out
Skip the Line